There are various types of fungi found in the soil of lawns, but two of these, take-all root rot and brown patch are two that you definitely don’t want around. Although both of these lawn diseases can occur any time, take-all root usually wreaks havoc on lawns in spring and early summer while brown patch usually strikes in fall. Either fungus can be destructive to turfgrass, so it’s crucial to spot early symptoms so you can manage them right away.

What’s the Difference Between Take-All Root Rot and Brown Patch?

While both take-all root and brown patch are each caused by a fungus that can be deadly for lawns, most gardeners agree that take-all root is the worst of the two. Learn about the difference between these two grass diseases here:

Also referred to as St. Augustine grass take-all root or take-all patch, the fungus known botanically as Gaeumannomyces graminis var graminis is a tenacious fungus that most frequently attacks St. Augustine grass and Bermuda grass and sometimes fescues, perennial rye, and bentgrass. It prefers alkaline soils and often produces early symptoms in the spring. These symptoms often begin with yellowing grass leaves, but as the condition progresses, it produces large irregular patches of brown dead grass. The disease targets the stolons, nodes, and, of course, roots of turfgrass and while it’s slow to produce those unsightly patches, it is often difficult to diagnose in its early stages because it might be mistaken for pest damage or a nutrient deficiency in the soil.

Known botanically as Rhizoctonia solani, brown patch, like take all patch, attacks the stolens, nodes, and roots of grass with the worst symptoms most often occuring in fall. The brown patch fungus prefers soil pH that is more acidic and tends to thrive in turfgrass that is abundant with thatch. Affected areas of turfgrass or sod will usually include early symptoms like yellowing patches of grass that appear to be wilting at the patch edges. Eventually, the patches turn brown. Lawns that are over-fertilized may experience worse damage as the excess nitrogen can cause the disease to thrive.

Both of these fungal lawn diseases may be present in new sod. The key to managing them is to catch them early. Brown patch is easier to diagnose and, for that reason alone, is usually easier to control. Often, infected grass will still grow back. That is not the case with tall all root rot, which can destroy infected stolons and roots, killing large tracts of the lawn.

Also, mind the warning signs of these turfgrass diseases. Soil compaction, for example, can leave your lawn more vulnerable to either fungus if it’s present in the soil. Poor subsurface drainage (an overwatered lawn) can cause these conditions to get worse in affected areas.

How to Treat Take All Root Rot

To treat the take all root rot fungus, you can begin by reducing ideal conditions for its growth. Remove excess thatch and allow your turfgrass to dry out before watering. You may want to amend your soil pH, making it slightly more acidic. Next, fungicide use is necessary to kill this disease before it kills your grass. Spring and fall are the ideal times for fungicide applications.

How to Treat Brown Patch

To treat the brown patch fungus, you should plan to apply a broad-spectrum lawn fungicide. Remove the excess thatch from your lawn where fungal diseases are known to hide and avoid over-fertilizing your grass. To help prevent this fungus from thriving, aerate your lawn to improve air circulation in the soil and avoid overwatering your grass.

Is take all patch the same as brown patch?

No. Each of these lawn diseases is caused by a different type of fungus. Although both conditions affect the roots and other parts of grass, causing unsightly patches, take all root rot is more likely to kill affected areas of grass while brown patch affected lawns may grow back.

Is brown rot the same as brown patch?

Brown patch is often referred to as brown rot, but brown rot actually affects trees and shrubs. The brown patch fungus affects turfgrass such as tall fescue and bentgrass.

How do you fix all root rot?

Fungicide use in spring and fall is generally the best time for applications. You can also prevent many lawn diseases by maintaining the health of your lawn and soil. These diseases will find it easier to invade struggling lawns with soil compaction and excess thatch.

The first symptoms of take all root rot include yellowing grass. As the fungus grows, it will cause large irregular patches of dead grass that appear brown. 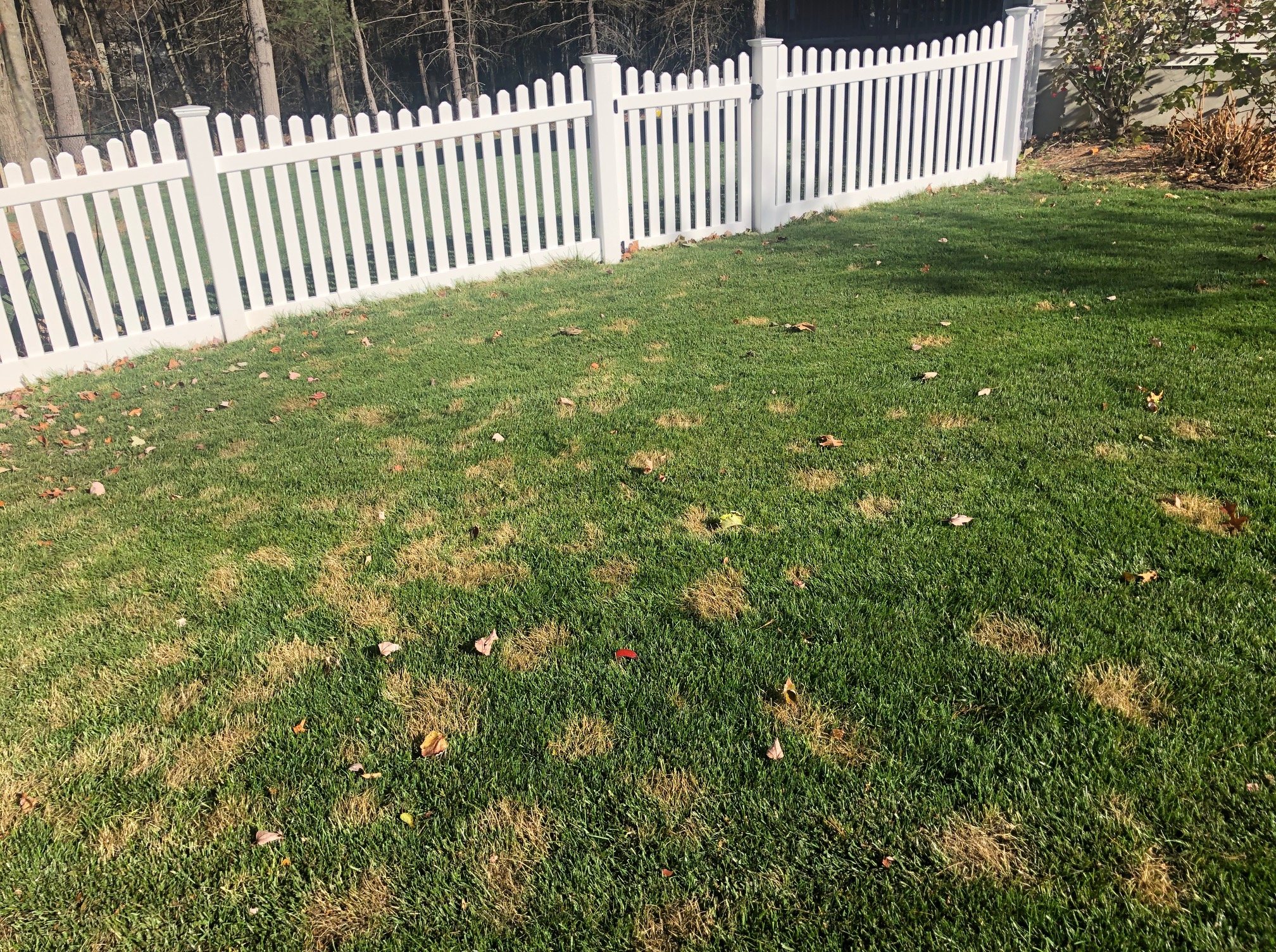 Are you seeing brown spots in irregular circular patterns on your lawn? Seeing spotty leopard prints and footprint-like spots in your grass […] One of the most common weeds that grow in cool-season lawn and turfgrass is white clover. Characterized by the white flowers that […] Of all the biting creatures that visit our lawns and gardens, ticks are arguably the worst of all. Not only do these […]